You’ve probably heard about influencer marketing by now. It has most definitely been one of the biggest buzz words in digital marketing the past year. With 92 percent of consumers trusting referrals from friends and family, it has long been realised that word of mouth is one of the most effective advertising methods out there. Influencer marketing is the Web 2.0 version of it. Don’t believe me? Then check this; according to a research conducted by Twitter, 49 percent of consumers seek guidance from their favourite social media influencers before making a purchase.

But wait, hold on, what qualities are needed for a person to be considered an influencer?

According to Hubspot: “They’re [influencers] individuals who work or specialize in a particular vertical and frequently share social media content about their interests.” This means that you do not need the Kardashians-Jenner’s to promote your brand (although, let’s be real, it couldn’t hurt to ask if you happen to know any one of them!) Instead, small and large business alike, may opt to have their brand marketed by so called ‘micro-influencers’. At the core, influencers and micro-influencers, are essentially the same thing. However, while influencers may be considered to be celebrities, micro-influencers tend to be people who are popular for a particular niche on the internet.

Micro-influencers, can actually, sometimes, be more influential than influencers – even though they may have fewer followings on social media. Let’s say, for example, your company sells a specific brand of cold-pressed juicers, just having any celebrity post and mention your company on social media may not be enough to influence his or her followers to make a purchase. However, having a micro-influencer, who posts about health and fitness but has a fewer following may be better suited for your company as the people following this person are specifically interested in health and fitness advice.

So technically speaking, any person who is present on social media, may be considered a micro-influencer, correct? Well, technically, yes. However, when selecting a person to market their brand – companies will not (and should not) pick just anyone at random.

Okay, so how do I pick the right micro-influencer for my business?

First and foremost, companies should spend some time to look into micro-influencers to make sure that the person they select to market their brand aligns with their business goals and the perception – and reputation – they would like to build. It’s not all about the number of followers and likes. The better fit, the more effective the micro-influencer marketing campaign will be. 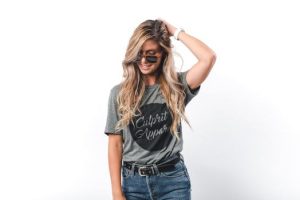 Now, you might be asking – but how do I reach out to micro-influencers?

Well, it’s simple, after making a list of potential influencers, approach them over email or on the platform they use to reach their followers. Just make sure you personalise each message to get the conversation started.

Partnering with micro-influencers can be a heck lot more affordable than going after celebrities. However, just because they have a smaller following – you should not expect them to partner with you for free.

If you are in need of warehouse space, whether you are starting a business or expanding one, temporary industrial buildings can be a great alternative to renting or buying. There are many advantages when it comes to this method and this article will tell you what they are, as well as the key features and […]